Barnet council is facing a potential judicial review as a case brought by a resident is heard
alleging that the public was not properly consulted on a £320m deal to outsource services.

In
January, 67-year old disabled Barnet resident Maria Nash bought a case against the One Barnet
programme. In a two-day hearing which began 19 March, a senior judge will review Nash’s legal
representatives claims that the council did not properly consult citizens. 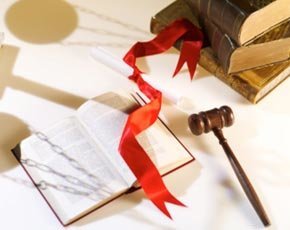 In January, Gerald Shamash, a partner at legal firm Steel & Shamash, which is representing
Nash, told Computer Weekly that the High Court will hear evidence and decide if a judicial review
is required.

As part of the £1bn One
Barnet programme, services including HR, payroll and IT will transfer to Capita in a £320m
contract.

In December the Conservative-run council’s
cabinet approved the multimillion outsourcing deal with Capita, which the council claims will
save over £100m in 10 years.

Under the deal, some council workers transfer to Capita and others will be made redundant.

In a blog
post for Computer Weekly’s Inside Outsourcing blog, outsourcing lawyer Mark Lewis at Berwin
Leighton Paisner said: “There really hasn’t been anything like it before. Yes, about a year
ago, just before the ceremonial pens were being pulled out to ink the contract, we had Edinburgh
City Council’s decision to withdraw from a massive street works to white collar services
outsourcing to MITIE (2,000 staff in TUPE scope). That was a political decision, caused by a
rebellion on the Council by its Labour councillors.

“This time, we have plenty of political fury directed at the London Borough of Barnet and its
decision to sign a massive, long term, multiservice outsourcing deal with Capita. A quick search
online will reveal the many groups and individuals who oppose the outsourcing decision. But here,
with Maria Nash, we have a legal challenge. And the problem with legal challenges is that, if they
are successful, they create legal precedents. Even if they fail, they attract much publicity.”

He said the current case is interesting because the judge has made interventions and said that
there was no explicit reference to outsourcing in the One Barnet programme.

“It looks like the judge will say they did not properly consult,” he said.